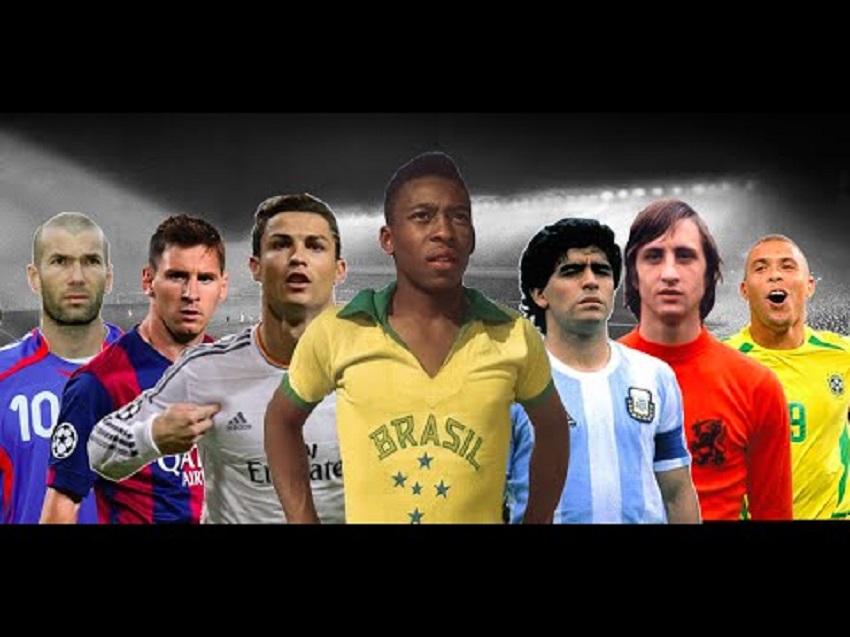 Diego Armando Maradona has died at the age of 60. After his death and with the world of football in mourning for his departure, we detail the best soccer players of all time.

Not only does the dispute show the current competition between Leo Messi and Cristiano in the report, but the highest number is obtained by players who have left a strong impact on the lives of football lovers and an imprint on their memories.

These are the best soccer players of all time, according to the poll:

The only reason why Messi has not dethroned him, say 87 percent of those consulted. It is because of his lack of imprint on the playing field and changing leadership, in second place with 61 percent not having been able to win a World Cup and lose Copa America finals. His goals and statistics, or titles, are not discussed, but Maradona adds support with 89 percent of opinions in his favor, as the best in history.

The Brazilian is considered the best of an era, but not of all time by 77 percent, without a doubt, despite being world champion with his country three times. He scored more than 1,000 goals in his career, but the fact of not having competed in Europe is what perhaps prevents him from being clearly among the best. It is the most outstanding fact by those consulted by 81 percent.

Messi is recognized as one of the big three, 33 percent place him as the best of all time, ahead of Maradona and Pelé, but not for his sufficient merits and his talent is recognized in addition to the titles he has won they deserve to be the best in history, or at least to be in the top 3. It is impossible not to admire the quality he has, innate, with the ball at his feet, says 44 percent of the public consulted.

The Dutchman caused a furor for his game playing in the 70s at Ajax in the Netherlands, his two-time champion team in 1974. At Barcelona, ​​for the sample, 45 percent rescue the style that he caused with his quality and a new style, which transferred his players when he left technical director.

As much as he is one of the two best players, the Portuguese are still far from the previous ones. Perhaps also because of a personality, his score does not exceed 29 percent of Maradona and Messi’s preferences. The report highlights 65 percent that Messi is the talent and CR7 is the product of work, the example that if you prepare, you can achieve everything you set your mind to.

Di Stéfano is recognized by 76 percent in a legend, but they focus on the career he had at Real Madrid. Although Cristiano surpassed him in numbers, 67 percent say that there has not been another in history with more talented like him in the Madrid club.

The current Real Madrid coach was also a legend as a player in the white team, which he arrived at from Juventus in Turin. He was world champion in 1998 with France, which places him in 55 percent of preferences as one of the world’s best players.

This German was the best player in the central position on the field of play. He is recognized as the best in that position according to 78 percent of the surveys. The fact that he has marked a new era is highlighted, an undisputed idol in Bayern Munich’s history in Germany and the selection of his country world champion in 1974. 70 percent consider him the best defense in all history.

The Brazilian is considered the best striker of all time with 78 percent of the sample, a unique player recognized by 34 percent, highlighting that he was unable to finish his career triumphantly due to illness. He won in all the teams he made up. Today he enjoys singular worldwide popularity.

This Hungarian footballer made history at Real Madrid and is also one of the great legends of the white team, recognized by 44 percent of those consulted. He was Olympic champion and with Real Madrid, he won 5 Leagues and 3 European Cups, among others. Currently, FIFA awards the best goal of the year with an award that bears his name. For this reason, he is considered among the 10 best in the entire history of world football.

At the end of the 19th century, soccer teams began to be founded in various…

Things to consider before purchasing a compound bow

When you have decided that good hunting bow is a compound bow, there are factors…