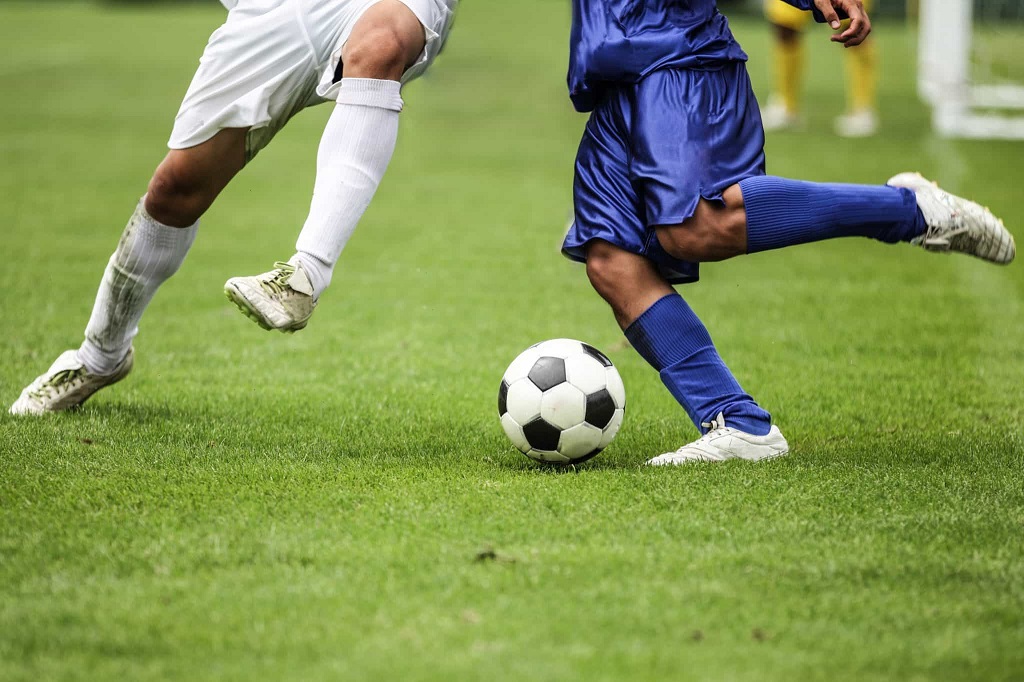 It is always said that to win a football game the most important thing is always to score goals, something very obvious. However, let us also remember that there are defensive situations that can be worth the same or even much more than a goal, especially if you deny your opponent the opportunity to draw or defeat you during a dangerous attack. For this, it is important to have the best defenders, and if you do not have them, you must train your players so that they can become outstanding defenders.

Remember that the main job of a defender is to prevent the opposing team player from scoring. To help you have a good performance on the pitch, we bring you 6 tips to defend better, which will be very useful in real football situations, where a play can be worth a very important game or even a championship.

If the defender can cut the ball before it can reach the attacker of the opposing team, it is already a great advantage, since it avoids the individual duel and reduces the risk of a foul, therefore avoiding a dangerous play for his goal.

To anticipate a striker, the defender must position himself to one side of the attacker and move next to him in order to clearly observe the moment when the ball will be passed to his opponent and thus successfully cut off the play.

If the steal of the ball failed in the first instance, a good option is to attack the ball when the opposing team’s player is going to make a turn in the direction of your goal.

Do not allow the attacker of the opposing team to make a turn in the direction of your goal, as this creates great danger for your team. If you make the attacker have a failed first touch, you will be moving him away from your goal, reducing the risk situation.

A good defender detects the precise moment in which the attacking player of the opposing team is about to turn to position himself in the direction of your goal. The defender has to try to cut the ball at the moment when the opposing player leaves it exposed.

Never lean with your arms or your body strongly while the attacker covers the ball, as this generates a foul in favor of the opposing team.

Never lose sight of the ball, if this happens in a matter of seconds you can lose your rival and the play could end in a goal. You always have to be alert to the situations that arise in the game.

Once the attacking player has the ball in his possession, the defender must carry it with a personal mark and very close to the sidelines or to the position of a fellow defender, gradually closing in and reducing the dangerous situation.

If the defender tries to take the ball away from the attacker using his speed, two things can happen:

The defender is very fast to try to steal the ball: the attacker can use this to leave the defender behind with a simple movement to the sides and the defender would be poorly positioned within the field of play, leaving his team at a numerical disadvantage to when defending your bow.

The defender is very slow to try to steal the ball: the attacker can use his speed to outrun it or he can simply pass between the lines to another opposing player.

That is why it is important to have a good vision of the game as a defense and to be attentive to the plays of the game.

If the defender is defeated in the confrontation for the ball with the opposing team, then you must run and position yourself between the attacker and the goal in order to close the angle of the shot. This will decrease the chances that the opposing player will successfully shoot at the goal.

Normally, these types of plays end with the ball bouncing off the defender’s body, so always remember to take care of your hands so that the ball does not hit them and generate a foul close to the goal.

The 10 best football stadiums in the world

What is the best stadium in the world? Excitement, nerves, tickling in the stomach... That's…

Diego Armando Maradona has died at the age of 60. After his death and with…