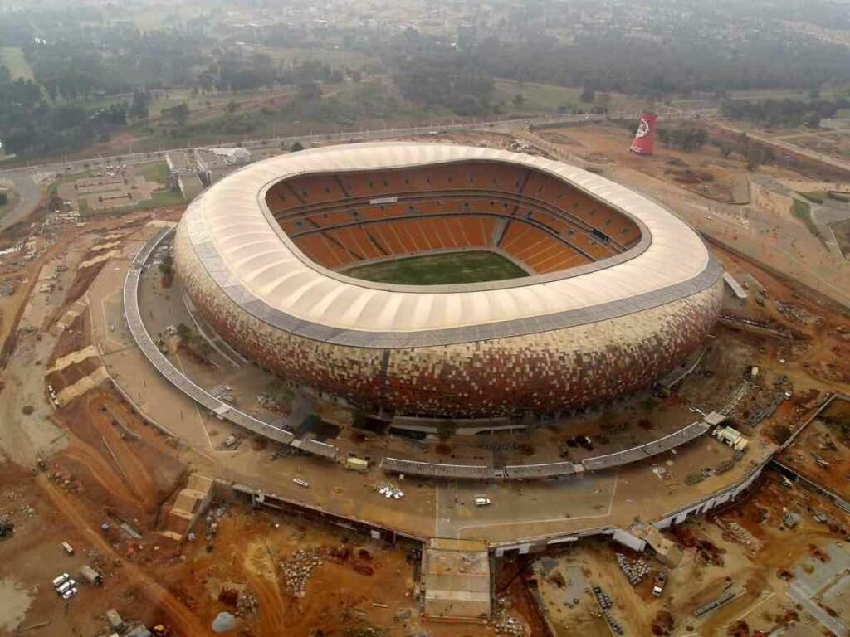 How could it be otherwise, the most popular sport in the world is also played in the largest and most impressive stadiums on the planet. With amazing designs and a capacity for at least 86,000 spectators, these fields are located in different parts of the world. Not all of them were built specifically to host soccer matches, but over time they have done so on more than one occasion until it became a custom.

Before moving on to the list, one particular case worth mentioning is the Iconic Stadium in Lusail, which is under construction for the 2022 World Cup in Qatar. It will have a capacity for around 94,500 people, so it would be part of this ranking if it was already finished. 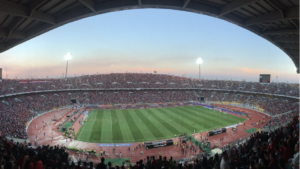 It is located in Alexandria, Egypt, and was originally commissioned as part of a five-stadium project in the country’s bid to host the 2010 World Cup. It has a capacity of 86,000 spectators and a hotel for away teams.

It hosts the Egyptian Cup since the 2015/2016 season and the games of the country’s soccer team. In addition, it has a large athletics track for competitions during the summer.

It was opened in 1996 and is located in Kuala Lumpur, Malaysia. It is used for the matches of the country’s soccer team, in addition to having hosted other events such as the 2001 Southeast Asian Games, the 2007 Asian Cup, and the 2004 and 2012 Southeast Asian Football Championships.

It is in ninth place on the list thanks to its capacity of 87,441 spectators. It also has a running track and has even hosted shows like Disney On Ice.

It is an icon as far as football stadiums are concerned. It was the first to host two World Cup finals, in 1970 and 1986. In addition, it is the headquarters of América and Cruz Azul, Liga MX, and the Mexican National Team.

It has a capacity for 87,523 spectators, being the third largest field in the American continent. Among other competitions, it also hosted matches for the Olympic Games, Pan American Games, World Youth Championships, and the Concacaf Gold Cup.

Known as “The House of Football”, the London stadium was demolished in 2002 and reopened in 2007. It has a capacity of 90,000 spectators and hosts the England National Team matches. It is also used for FA Cup, Community Shield, and League Cup games, as well as Champions League, matches.

Despite its nickname, Wembley has been the venue for several American footballs, rugby, and even boxing matches. As in any iconic stadium, many of the most emblematic bands in history gave concerts there.

Located in the city of Pasadena, California, it is the second largest stadium in the United States, although it is also the sixth largest in the world. It hosted numerous Concacaf Gold Cup matches and the 2016 Copa América Centenario. It was also the home of MLS’s Los Angeles Galaxy from 1996 to 2003 and, more importantly, hosted the 1994 World Cup final.

It has a capacity of 92,542 spectators and was inaugurated in 1922. Among other activities outside of football, Olympic Games events and NFL Super Bowl definitions have been played.

Built-in 1987, it underwent extensive renovations for the 2010 World Cup in South Africa, where it hosted the opening match and the grand final, among others. It is located in Johannesburg and has a capacity of 94,736 spectators.

Among other football events, it hosted a couple of African Nations Cups. It was also the venue for some matches of the Rugby Championship of the South African National Team and musical recitals.

Opened in 1957, the Barcelona stadium is the largest football-specific field in the world. It has a capacity of 99,354 spectators, although a project was approved in 2018 to increase that number to 105,000. In this way, it would become the third with the greatest capacity.

Of course, it has hosted all of Barsa’s conquests over the years and was attended by the best players of all time, such as Diego Maradona, Johan Cruyff, and Lionel Messi.

As it says in its name, this stadium located in Australia is mainly used for cricket games. It has also hosted Olympic Games, Australian rules football, and rugby union events. Although what matters to us, and that is why it is included in this list, is that qualifying matches for the World Cup and games of the country’s soccer team have been played.

It has a capacity of 100,024 spectators. The attendance record during a football match was achieved during a friendly between Manchester City and Real Madrid, in 2015, in which 99,328 people were reached.

Things to consider before purchasing a compound bow

When you have decided that good hunting bow is a compound bow, there are factors…

At the end of the 19th century, soccer teams began to be founded in various…