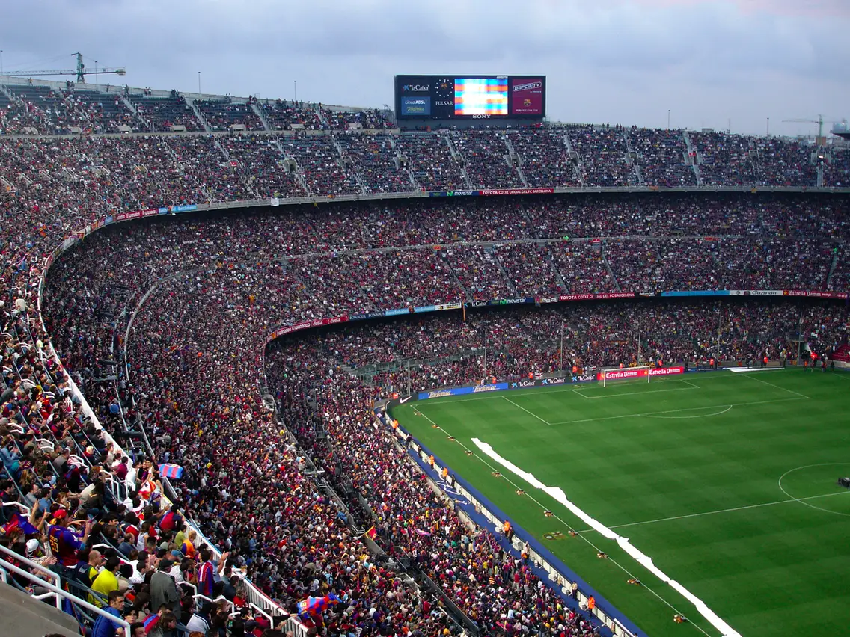 What is the best stadium in the world? Excitement, nerves, tickling in the stomach… That’s what we feel when our favorite football team plays a decisive match. If you are a soccer lover and your hair stands on end when you step into a soccer stadium… Join us on our tour of the ten best stadiums in the world!

What is the best football stadium in the world for you? Did you know that with Mesa AVE Train Sharing you can get train tickets to visit them with a 60% discount? Don’t wait any longer and fulfill your dream of traveling cheaper! 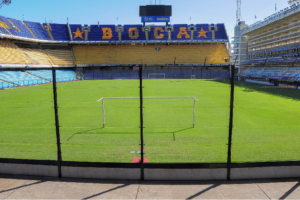 With a capacity of about 49,000 spectators, it is a football stadium owned by Club Atlético Boca Juniors. It is declared of sporting, tourist, and cultural interest in Buenos Aires. What is special is that it is shaped like a ‘D’, with three slightly curved sides and a vertical fourth.

Located in the heart of Paseo de la Castellana and belonging to the Real Madrid team, it has a capacity of around 81,044 spectators. In addition, it is listed by UEFA as an ‘elite stadium’, the highest distinction.

Also known by the name ‘Schlauchboot’, ‘inflatable boat’ in Spanish, it is the sports stadium of the FC Bayern München and TSV 1860 München teams. In 2006 it was one of the venues chosen to celebrate the Soccer World Cup in that year.

Although it was built in 1987, it was partially demolished and rebuilt due to the Soccer World Cup held in South Africa in 2010. Thanks to this remodeling it became the largest stadium in the country.

Sports stadium belonging to the England football team. In 2002 a new stadium was built where the previous one with the same name was located. It was decided to carry out this remodeling due to the celebration of the 2012 London Olympics.

Also known as Nou Camp, it is the main stadium of the Barcelona Football Club team. With a capacity of 99,354 spectators, it is the football stadium with largest capacity in all of Europe. It is also listed by UEFA with the distinction of ‘elite stadium’.

With a capacity of 105,064 spectators, it is the third largest football stadium in the world. It is the only stadium that has seen two FIFA World Cup finals.

The Westfalenstadion, known as Signal Iduna Park for sponsorship reasons, has become a symbol of the city of Dortmund thanks to its yellow towers. It underwent reconstruction for being one of the sub-venues of the FIFA world championship in 2006.

Also known as the Jornalista Mário Filho Stadium, it was for a long period of time the largest football stadium in the world. Site of the World Cups in the years 1950 and 2014.

With a capacity of 81,277, also known as San Siro, it is the largest football stadium in Italy. The matches of AC Milan and FC Internazionale are usually held there.

You may also be interested in a Badminton racket: Which is the best in 2022?

What does penalty mean in soccer?

The seven largest stadiums in the world

"Playing football is very simple, but playing simple football is the most difficult thing in…